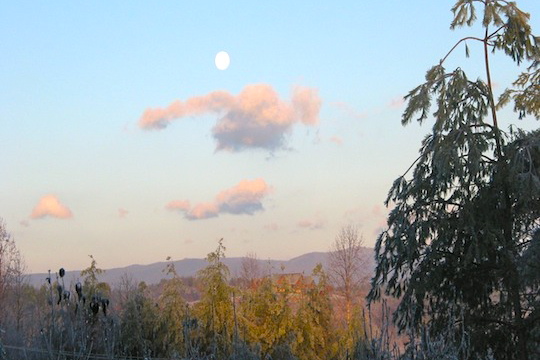 If anyone out there is still reading...thank you for not deserting. We all love technology; most of us couldn't manage without it. That's the reason when two things happen simultaneously, life gets pretty discouraging. I did a seemingly simple weeks ago: I changed my e-mail address.

The first thing that happened was that the technology didn't work. Instantly I lost access to my blog--not to read it, but to edit or add to it.

The second thing that went wrong was that there is NO way to get a direct answer to a direct question. It has taken all these weeks of daily striving to get back to where I am. Today I discovered that I didn't (couldn't) change the e-mail address associated with the blog. Amazing! And after all the evil things I've had to say about my erstwhile server, I'm having to take some of them back. They continue to save messages going to my discontinued account on their webmail site! Otherwise I'd have lost 5 years' worth of nonsense that I didn't want to lose.

I'm humbled (yet again--it seems to be a given as one gets older). So now I have to think of something to say, I guess...so, Hello again.

Maybe there's a hidden message in the fact that I finally got back after the conventions (still more or less in one piece) on an important day: my late beloved husband's birthday. [What possible message could be in that coincidence?]

This is a busy month with some worrying freight for me. Possibly a decision to make a pretty drastic change. Have you ever thought of how you'd manage cooking if you had perhaps 10% of your accustomed utensils and cookware? All suggestions would be greatly appreciated! One must be encouraged, I guess, if one is looking forward, even if it is unto the unknown!

E.g.:  The fashion for female voices whose placement seems to be entirely above the soft palate--nasal, deliberately hoarse, high-pitched, and grating. It's awful, and almost universal on TV.

Then there's "Mom." Is it written somewhere that mother is no longer in the vocabulary? Even if I were single (which in a way, I am), I hate the expression a "single mom." Echoes of satiric essays we were made to read in school on the subject of American "momism." Besides, being a single mother is hardly a subject for slangy off-hand terminology. Or is it?

What ever happened to the the designation "children?" "Kids" is okay a lot of the time, but there are certainly instances when that flip expression simply ought not to be used. No one seems to be aware of that. When listing casualties, for example.

And "snuck?" Surely in a serious dialogue, it's still possible to say "sneaked," and be understood. "Snuck" used to be as grammatically abhorrent as "ain't."

To Blog or Not?

Someone I met online insisted I must blog to put myself out there where I might find a buyer for my books. From other bloggers I have gathered that one is expected to keep at it, week in and week out. I'm amazed at the number who keep to a strict schedule, producing weekly or monthly, or whatever. I've also read that if a blogger wants readers, s/he must offer something a reader wants or needs. "Aye, there's the rub."

In my opinion, many bloggers offer tips and hints and glimpses at inside tracks to help their readers sell or learn something. From day one, I've known I don't have that kind of thing to offer. All I can put out there in the blogosphere is what I can put out there in articles or novels or stories or poetry:  what I hope might touch a sympathetic vibration in another human being. I might as well be trying to sell an essay to yet another uninterested agent or market. Makes a person wonder if it's worth the time invested.

So herewith a list of tiny successes thus far in 2012:

What I'd really like to know is whether this blog has helped. If a reader responds, it's encouraging. If no one does, it's discouraging. But the latter is the result of 90% of what most of us send out, isn't it?
Posted by JLC at 10:22 AM 2 comments:

A Thought While Listening 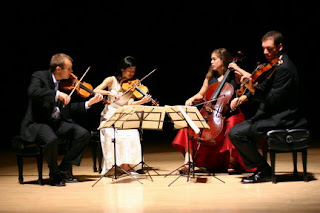 Maybe I’ve come to love chamber music so much because of the constant evidence it gives of human ability to respond to another. Every nuance of every note depends on communicating, on agreed-upon emphases: volume, timbre, tempo, interpretation—and, I believe, some instinct that allows for perfect consonance. It’s like an emblem of the possibility of understanding at the deepest level.

How terrible to be deaf, and not to experience this!
Posted by JLC at 10:21 AM No comments:

Emphasis on the Wrong SyLAble

Foreword: to those who asked about the Irving book, it's A Widow for One Year. I left out the title because I thought what I was saying really applies to the other books of his I've read as well.

What I'm thinking today arises from two recent public brouhahas (love that word): the Olympic uniform debacle, and the ongoing campaign rhetoric. Never having been a political animal anyway, I'm ill suited to understanding and/or discussing campaign practices. However, I can't help thinking that if something could just be got through the heads of campaign managers and their candidates', namely: that transparency, honest answers even to harassing questions,
and a change from the culture of he who can afford the most obscene waste of money wins is not the way to win the hearts and minds of those with something more useful than lint between the ears!

When will lawmakers begin behaving the way their oaths of office demand of them, and stop seeing who can outspend the other? It's shocking. The emphasis on insulting and "spinning" every bit of publicity-rich information (regardless of its accuracy) is utterly misplaced.

Then the Ralph Lauren flap: economy is a word with more than one meaning. For some it's a narrow concept involving an attempt to make the most of the money you have. If it was significantly (sic.) cheaper to manufacture some components in China or elsewhere, so be it. The point is that the designer shouldn't be using Olympic athletes as private posters for his company, and the important part of the Olympics is supposed to be international SPORT. Of course, the view of the games as purely chauvinistic competition is pretty well ingrained, but we should really be thinking of the fact that in the original games, even in the midst of armed conflict, the Greeks put aside the war for the duration of the games (in which they competed nude--perhaps so as not to reveal their native states)? The athletes were competing as athletes, not as members of Sparta or Rhodes, or Athens, or what have you.

It's discouraging to find so much of humanity engaged in what looks like deliberate or totally wrongheaded perspectives on really important issues with future consequences.

Most of the time I read for entertainment. That's been the case ever since I got out of college. It took about ten years for me to realize that a) I didn't have to finish something I hated, and b) that I dared to read without an analytical eye.

However, often I see something that attracts my attention. I just finished a novel chapter which is really a fairly long scene that combines melodrama, satire, burlesque, and sadness (John Irving) that stopped my suspension of disbelief for a moment. Here's a teenager, a four-year-old, and a mature woman in a confrontation full of emotional undercurrents and epiphanies-in-the-making.

As is expected by anyone who has ever been to a workshop, the physical description of the place where the action takes place is supplied right away. Here, though, just before the close of the chapter, Irving inserts the information that you thought you'd had at the beginning of the chapter:  the minute details of the setting with all their implications.

I guess if one tries to write for entertainment, whether fiction or not, one becomes accustomed to accepted methods. This inversion provided a new technique for giving emphasis that slyly inserted a whole truckload of specific, important exposition.

Is there a message here in whether or not it's okay to read just for fun?
Posted by JLC at 2:43 PM 3 comments:

This is probably not a new notion to anybody trying to learn to write what someone else might want to read (as opposed to those who claim to write for themselves), but I keep finding myself in a manner of speaking (i.e. writing) in what seems to be the wrong language. Sometimes an idea or a compulsion comes along that drips out on the page more or less in the way I intended, and sometimes it even is a small success. Then there are the days when a mental picture develops of a bloated balloon on top of my neck that's threatening to burst. Something needs to get out there, and no matter whether I try to avoid it, quash it, or rise to the challenge, the format and words won't adjust.

Here we are, facing the barrage of political campaigns; here I am with a list of both praise and complaints that need emphasis here where I live...and I can't seem to think in prose. Don't laugh. This isn't poetry, I know. I'm not sure it's prose...disjointed as it seems. The point is, something like an imp behind my screen seems to be demanding I write poems. See that? An imp, indeed! And I won't expose any more poems on this site after the deafening silence the first time I tried it. Besides, if anyone did like one, they wouldn't take it because it would already have been "published." Wasn't there a time when a blog didn't count?

Is there a writer out there with a trick for disciplining that "inner voice?" I don't include freelance journalists or advertising copywriters because I do understand how to take a paid commission and trample it into shape somehow. I'm talking about the "creative" writers. Yes, I do dislike the implied condescension in that term, but I think it makes the distinction clear.
Posted by JLC at 2:08 PM No comments: